An Evening with Gillian Triggs

In this special live session from Geneva, Gillian Triggs, UN Assistant Secretary-General and Assistant High Commissioner for Protection, UNHCR, will discuss the world’s need for a new social contract to embed the lessons learnt from the global pandemic. 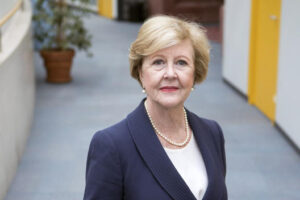 “The pandemic has taught us that with political will, we can find a way to respond to future emergencies, and there will be of course future emergencies, especially the impact of climate change. We can do this in creative and collaborative ways,” she said.

Ms Triggs was appointed to her role in the world’s leading refugee agency by UN Secretary General Antonio Guterres after a long history of service to human rights and the refugee cause globally. Formerly, President of the Australian Human Rights Commission, Ms Triggs now oversees UNHCR’s protection work for millions of refugees, internally displaced and stateless people.

Ms Triggs will be joined in conversation by 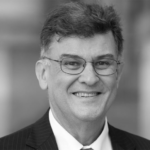 Prior to his appointment as Premier in 1992, Dr Arnold worked in the Labor Government for 11 years. He has extensive experience working with World Vision, having also served as Senior Director for World Vision International and World Vision’s Regional Vice-President for Asia and the Pacific. Dr Arnold was awarded the Order of Australia (AO) in 2004 for his services to the South Australian Parliament and development and humanitarian aid assistance. In 2013, he was ordained Deacon in the Anglican Church.

Bianca Hall is City Editor for The Age. She has previously worked as a senior reporter, and in the Canberra Federal Politics Bureau. Bianca was the recipient of the 2019 Peter McMullin UNAA Study Tours Scholarship.